Are you a person looking to produce your first short film? Do you want to learn in a “real” working set environment?

If so, this course is definitely for you!

What is Producer’s Bootcamp?

Producer’s Bootcamp is the exclusive backstage pass you’ve been waiting for.

Those of us who work behind the scenes know it takes months of hard work and a large team of talented people to bring those stories to life on the big and small screen.

Keeping that team on track and the process running smoothly is the job of the producer i.e., the quarterback, who oversees everything from picking the perfect script to ensuring the film’s distribution and marketing is ready for the world to watch.

If you’ve been eager to take a peep behind the curtain and learn the ins and out of movie and TV production,

Producer’s Bootcamp is a two (2) month intensive live course with over twenty-five (25) hours of content that provides expert instruction on the art of film and television producing. The Bootcamp gives you an opportunity to learn to produce while providing you with “real” tools, knowledge, experience, and a film credit on the finished picture and on IMDB, which can be used to secure future work and credibility with other professionals within the entertainment industry.

​First, you’ll join an award-winning serial producer, Angela White, in a virtual classroom to discover the tools, skills, and knowledge of some of the best producers in the industry. You will work on an original movie set to put everything you’ve learned into action in a fast-paced, three-day film shoot.

By the end of Producer’s Bootcamp, you Will learn:

This is a once-in-a-lifetime opportunity to learn production from a pro, gain invaluable real-world experience, and boost your credibility in the film industry.

Join the Producer’s Bootcamp today to get access to expert instruction and a real film set experience.

According to Wikipedia, “A film producer is a person who oversees the entire film production. Either employed by a production company or working independently, producers plan and coordinate various aspects of film production, such as selecting the script; coordinating writing, directing, editing, cast, production paperwork, and arranging financing and distribution.”

A good producer must be a smart businessperson, key strategist, motivator, sharp negotiator, problem solver, and a creative visionary. 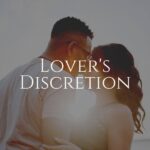 After a month of rising COVID-19 cases, a quarantined married couple, soon realizes that the disease is not the only pandemic they will encounter within their home. 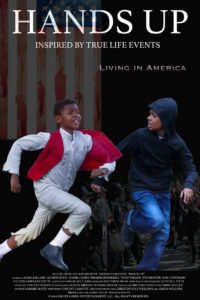 In the heart of the 1855 Antebellum South, slavery is the business that fuels the engine of America. After Jessie Calhoun, a young boy, witnesses the brutal punishment of a family member who decided to escape the plantation, the Calhoun family must make a critical decision, decide if they want to stay and continue to face the everyday tyranny, or risk their lives in hopes of finding a better tomorrow. However, in this warped reality, the Calhoun family legacy is unable to escape the oppression, as through centuries of time, the horrors experienced still haunt them. “Hands Up,” is a story of how the effects and trauma of slavery have impacted and infected America today. 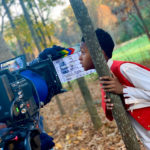 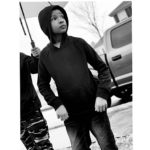 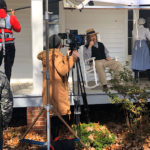 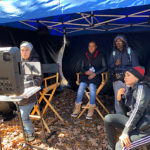 Watch the video below to see students, cast and crew working on set and with Producer’s Bootcamp. 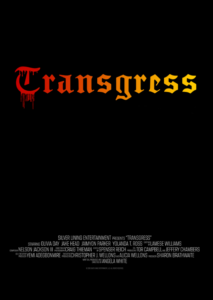 One night, two intruders, Bartholomew and Jonathan attempt to assault a neighborhood recluse named Eva. Having no idea of Eva’s real reason for sequestering herself, they awaken the monsters that live within her. When their assault turns into a horrifying surprise, the two are faced with the reality of their actions and their own demons; unknowingly placing their eternal souls in the battle between good and evil.

“Transgress” takes us on a journey of guilt, redemption and vengeance.

Watch the video below to hear students Jeffrey Chambers and Tor Campbell discuss their experience working on set and with Producer’s Bootcamp.

*Disclaimer: Completion of “The Steps to Becoming a Film Producer” masterclass is required prior to starting the “Producer Bootcamp.”