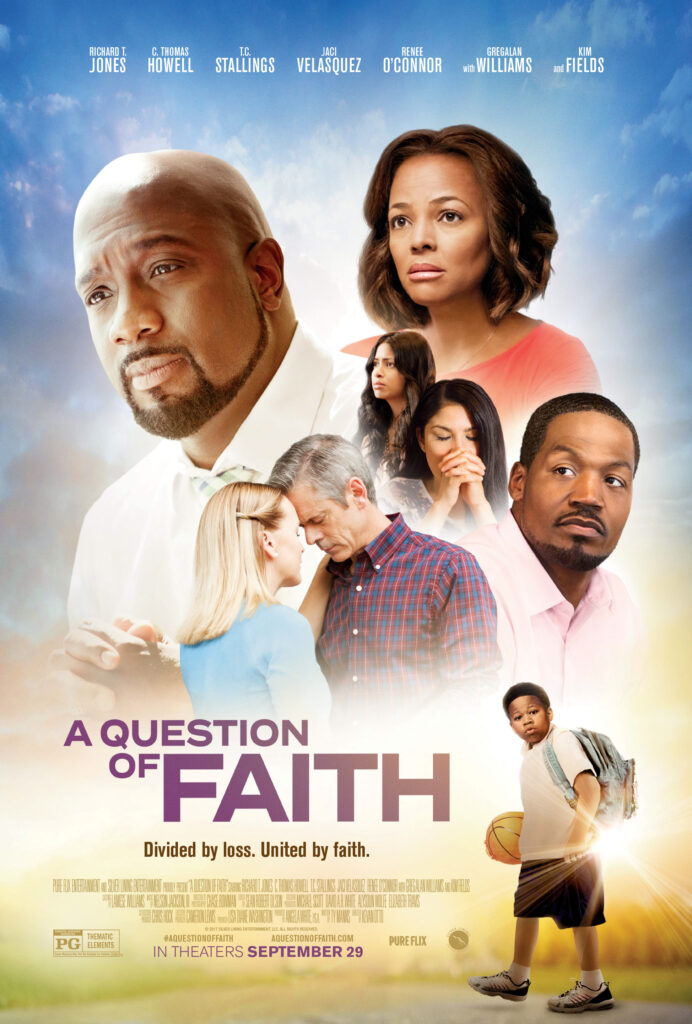 Dove caught up with Producer Angela White to ask some questions about her film A Question of Faith, which made its Lifetime debut on Easter weekend. White explained that faith has been a big part of her life, as God continually shows up even when she least expects it.

“I have learned over the years to trust God and that everything that happens is for more good.  Being in the entertainment business, your faith can be challenged at times, and you must remember who orders your steps and not fall into the pitfalls that can be present in ‘Hollywood.’ My parents taught me at a young age that we are in the world but not of it, so to always remember where I came from, and that God must be the center, and to be fearless.”

White says that her film “teaches you the power of forgiveness, which is one of the hardest things for anyone to do, as we naturally want to hold on to something, that should be released. The film teaches you to be more loving, have more mercy and grace for others less fortunate than you and understand that regardless of your faith or personal beliefs during trials and tribulations, you can find peace and comfort in knowing that there is a higher power at work, that works things out for your good.” 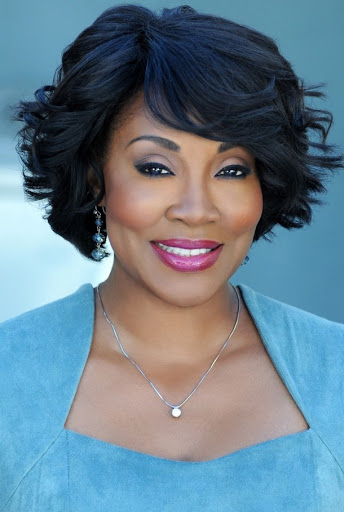 The producer shared that her favorite scene revolves around when Richard T. Jones has bottomed out, and completely lost his faith in God thanks to events that occurred earlier in the film. His movie father,GregAlan Williams, explains to him about trusting in God’s word. “The scene was shot at night, and it was in a beautiful house that set the tone for how families deal with issues during trials and tribulations. The father, in this scene, is explaining to his son in the most sincere and compassionate way to trust God’s word, and they place their hands on the Bible together. The scene sets the tone or the end of the movie, as it becomes a turning point for Richard’s faith and trusting God at that moment. Also, Richard’s character starts his journey of forgiveness.”

White proposes that tragedy causes us to turn to God because “in our darkest hour, is when we truly reflect on life and see situations for what they are and not what we want them to be, and in those quiet moments, we start to have a conversation with God.”

For people under quarantine or stay at home orders, White believes the film can provide some hope. “Right now, so many people all over the world, are questioning their faith in everything, including God, from losing their job or a loved one, people right now are living in fear. The film shows you that even in tragedy, God is still in control. Everything has already been designed by God, as he has already written the script to our lives, and we are not in control.  Once we release the false sense of being in control, it allows God to take over and show us His glory, even in the midst of tragedy. The film shows this beautifully as three families are all under some form of trauma, and in the end, the power of God is undeniable.”

Since it first hit theaters, the film has transformed relationships, healing families and friendships through forgiveness. White knows that even more people will be touched now because the film can reach a wider audience.

“One of the most significant impacts has been seeing people learn more about organ donation and decided to become a donor, to help others in need. Also, many have stopped texting and driving as a result of the film as the dangers and repercussions of this act.”

“The most significant impact has been people being reminded of the power of God.  This is the number one positive feedback that we always receive.”

Check out A Question of Faith on Christian Cinema today.